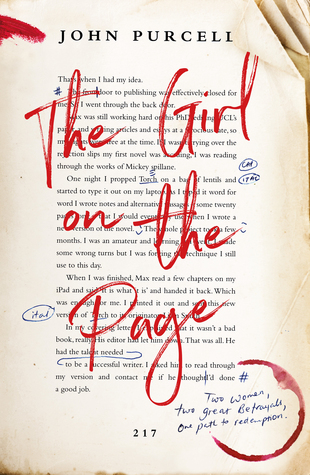 Greatly enjoyed this book. Hard to put down. Well written. A story about the ‘fight’ between commercial fiction and literature. It made me smile because I like to write too and have spent time listening to other writers’ ideas of what is good writing. All I could think by the end of this book was how writers take their pursuit way too seriously (fiction writers, not journalists). You’re writing a book, not curing cancer. Get off your high-horse.

As to this book, it could have easily been a five star read. In fact, I wanted it to be a five star read. There’s some great stuff in here, but it’s let down by the incongruous erotica. I love erotica. I write erotica. But it just didn’t belong here. And it was poorly written and aggressive, bordering on abusive. It made me feel a little dirty to be a woman. A real woman doesn’t enjoy sex like that. Even if she is a ‘sex addict’. Our bodies don’t work like that. It’s written from very much a male perspective, which is a little disconcerting in of itself.

Nevertheless, despite its faults (and all books have their faults), it was a really fun read. There’s a lot of depth. A lot to think about. It compels me to read more of the author’s work.